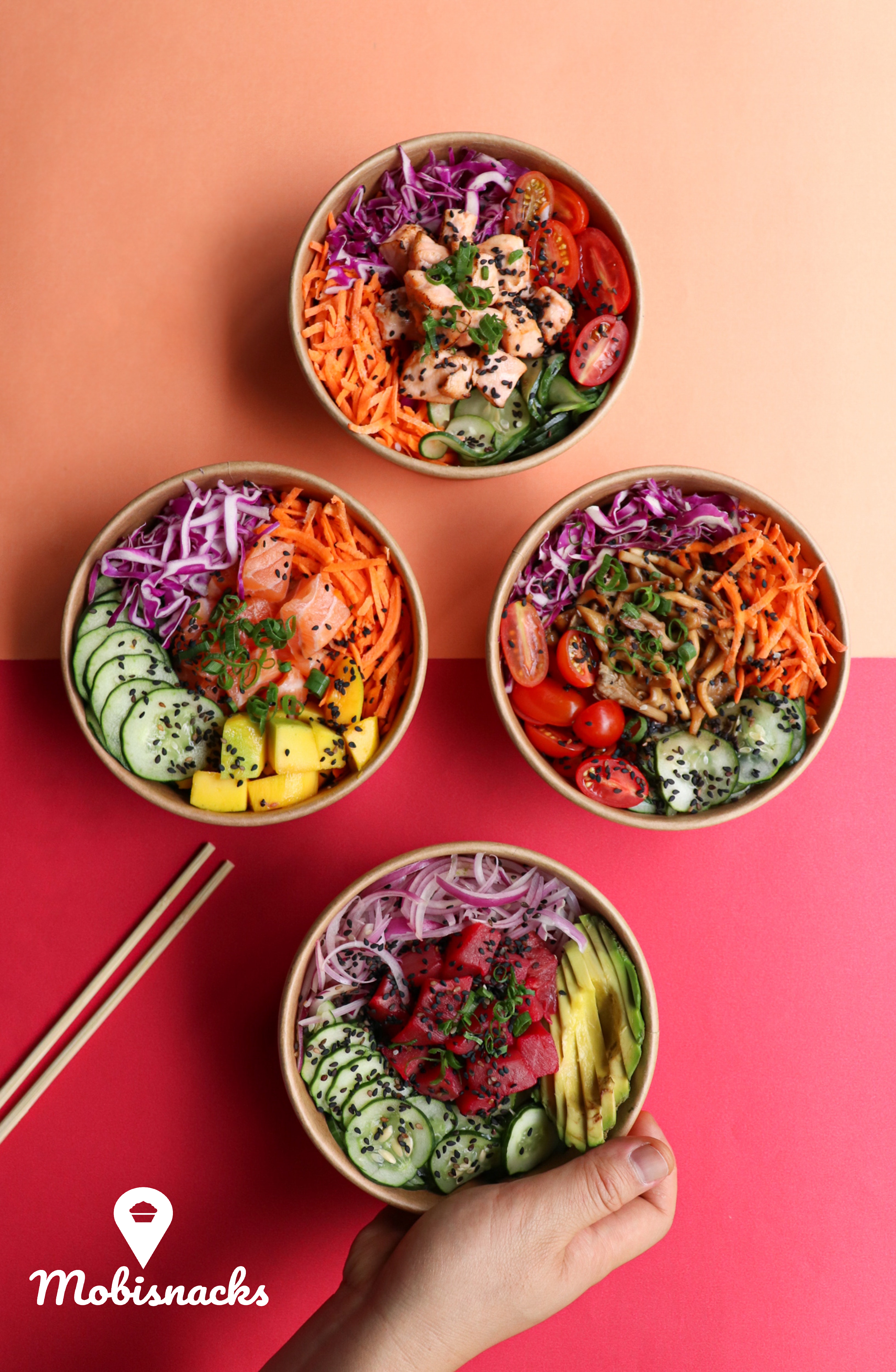 I was working at Sephora in San Fransico working as a senior software engineer. I had a daily routine after coming home after work. I would go to the corner store, get some snacks, then proceed to walk to my condo get blazed then have a munchie feast. During one of my cannabis epiphanies I had an idea. Why not create an app that allows you to order your snacks from local corner stores and have delivery drivers drop off the merch? I went and wrote a demo and showed it to my homie Shay the next day at Sephora. He thought it was a solid concept so I decided to show it to the aforementioned corner store.

Going forward a few months I had a few sales and things were going good….until they weren’t. I moved back to Kentucky and quickly things fell apart and I lost a lot of time and money. It was such a hit actually that I trashed the app, then a couple years later goPuff came out and essentially MobiSnacks was dead in the water. I was so embittered by the experience that I vowed to never touch the source code again.

From 2017 – 2020 one of my best friends would occasionally ask me “Hey what’s going on with MobiSnacks?“. I knew he thought it was a good idea but I was done. One day we are chilling at his place and we are talking about startups and his wife cooked for us. While eating I had the thought “man screw UberEats I wish I could just order directly from chefs!”. At that moment a lightning strike hit my brain and MobiSnacks was reborn. I told my homie and asked him if he wanted to come on-board! During this time we were a couple weeks away from the lockdown from COVID-19. In hindsight the timing was perfect. We were approached by another local startup called Quarantine and Eatz; a platform where they cook the food and throw a virtual Instagram live party. They needed logistics and drivers and first day MobiSnacks did over 200 orders on the website! That was all the motivation I needed to go back full swing.

Over the past year, the app has a little over 200 downloads with a growing social media presence. I didn’t want to repeat the mistakes of the past so I’m taking everything slow. Talking to each driver, talking to each chef, and talking to each customer. It was during this time that I realized things about this platform I created I never considered. The first was that I was serving food deserts. Last May I got a order notification and when reviewing the order I realized I had NO IDEA who this woman is. I decided to give her a call and introduce myself as the CEO of MobiSnacks and ask her how she found out about our platform. She told me Facebook, which made me elated. I told her I would personally deliver the order and I drove out. I arrived to an independent senior citizen complex and met the lady. She told me that since the shutdown she hasn’t been allowed to see her adult children who normally grocery shop for her. The buses weren’t running at the time and she couldn’t drive. She was literally starving and was on a budget that UberEats was too expensive for her. This brought tears to my eyes and was the first time I heard the term “food desert”. I would have never thought that I would build something that literrally made a life-changing difference in someone’s life. I knew at that moment that I had something and I had to keep going.

MobiSnacks has a new feature called MobiSnacks TV, a platform that allows you to view pre-recorded and live-streamed content from chefs all around the world! The content line up comes out June 1st and I couldn’t be more excited. In addition there will be MobiSnacks+ the premium subscription service where you can get the fresh ingridents for the shows sent directly to your door. Also there will be updates including meal prep, 1-1 cooking classes and more! I am often asked what my exit strategy is, do I want to sell or do I want to run it in perpetuity. To be honest I go back and forth between the two options. I would love to sell to a Food Network or UberEats but I also wouldn’t mind running it if the numbers make sense. In either case MobiSnacks is a success and I couldn’t be happier. If you haven’t downloaded the app on iOS or Android then do so and leave feedback!

Two days ago I put out Relaxing Sounds. RS is a android(soon to be iOS) productivity application that plays various white noise sounds like thunderstorms and ocean waves. I wrote this app using Nativescript and Vue.js in a matter of 3 hours. Now keep in mind:

I integrated admob and created a free and a pro version with plans to update the application to include a relaxing sounds livestream for 24 hr continuous new calming content. I was blown away by how fast I was able to transition from the DOM to Nativescript XML. If you don’t know anything about Nativescript then check out my blog post about it.

How Did I Write It So Fast?

Well once I understood the Nativescript system (which in itself only took a couple hours to understand and master) it was just a simple matter of how well do I know Vue.js? That’s the beauty of Nativescript! It abstracts the headache of interacting with the native hardware so your mind can stay in a purely web development mode. If you can write a PWA with Vue.js then you can write a truly native mobile application with Vue.js there really isn’t any excuse. Couple Nativescript with Vue.js and Laravel for your backend API and you can be a one man (or woman) code army.

Why Did I Write Relaxing Sounds?

I have always been a fan of using calming distracting audio; Whether it be while I code, sleep, meditate or study. I have downloaded apps in the past that have provided that functionality but for one reason or another I deleted them. So to remedy the problem I just wrote my own application.

What Are My Future Plans For RS?

Really after my next release to add the livestream I don’t plan on giving it much attention development wise. I will study the analytics and create a marketing campaign if the data says it is worth it. Otherwise it is just another notch on my project belt and I will continue to use for my own personal enjoyment. If you want to support me then please download my application and rate it with comments! If you really enjoy it then I ask that you purchase the pro version for $1.99.

Nativescript is a new javascript framework that allows you to create TRULY native mobile apps using the V8 engine and JavascriptCore engine for Android and iOS respectively. Using Nativescript you can create the mobile app of your dreams using the web technologies you already know and love.

How Did You Hear About It?

It’s funny actually. Last year I was reading documentation on Laravel’s website and saw an ad for Nativescript. It intrigued me so I decided to click the ad and instantly was glad I did. Although the project looked very promising, the Vue.js integration wasn’t complete yet and I wasn’t interested in going back to Angular so I left it alone. A few months later nativescript-vue was released and I came running back.

What Are The Advantages To Using Nativescript?

Want A More In Depth Explanation?

Categories: Javascript, Vue
Tags: mobile apps, nativescript, vuejs
We use cookies on our website to give you the most relevant experience by remembering your preferences and repeat visits. By clicking “Accept All”, you consent to the use of ALL the cookies. However, you may visit "Cookie Settings" to provide a controlled consent.
Cookie SettingsAccept All
Manage consent

This website uses cookies to improve your experience while you navigate through the website. Out of these, the cookies that are categorized as necessary are stored on your browser as they are essential for the working of basic functionalities of the website. We also use third-party cookies that help us analyze and understand how you use this website. These cookies will be stored in your browser only with your consent. You also have the option to opt-out of these cookies. But opting out of some of these cookies may affect your browsing experience.
Necessary Always Enabled
Necessary cookies are absolutely essential for the website to function properly. This category only includes cookies that ensures basic functionalities and security features of the website. These cookies do not store any personal information.
Non-necessary
Any cookies that may not be particularly necessary for the website to function and is used specifically to collect user personal data via analytics, ads, other embedded contents are termed as non-necessary cookies. It is mandatory to procure user consent prior to running these cookies on your website.
SAVE & ACCEPT